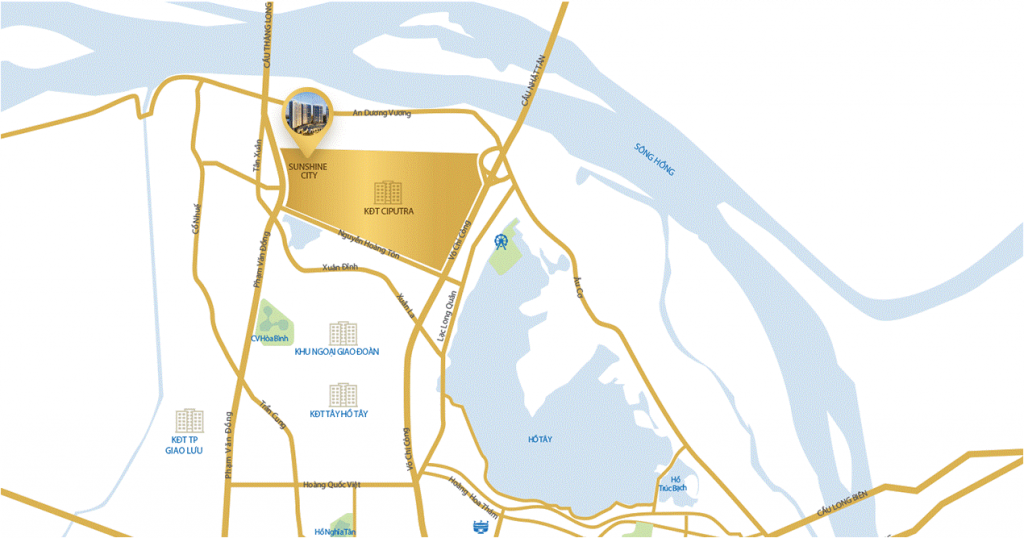 OVERVIEW OF THE SUNSHINE CITY PROJECT

Located in a prime location along the Red River, Sunshine City project is located close to Pham Van Dong street and easily connects to the west – the new center of the capital and the central urban area of Tay Ho. , Hoàn Kiếm, Ba Đình. The project fully converges important factors to become the most expensive diamond land in the future.

Sunshine City owns the diamond coordinates when located in the upper West Lake area, located in the modern and luxurious Ciputra – Nam Thang Long urban area, located in the most spacious area of ​​the capital, next to the matrilineal river system. and the two sides are two bridges crossing the river to mark the development of Ha Thanh land of thousands of years of civilization. Not only that, the outstanding regional link of the project also brings convenience, feng shui communication and civilized connection to everywhere.

Sunshine City Tay Ho is located in the overall Ciputra Urban Area (or Nam Thang Long Urban Area) – a new generation living community next to the Red River, the foot of Nhat Tan Bridge and overlooking the West Lake. Being invested and built to become a “miniature city”, Ciputra urban area can bring to Hanoi in general and Sunshine City in particular a most livable place with full utilities, electrical items. , roads, stations, etc.

Vo Chi Cong Street is the front of the urban area, on the other hand is adjacent to Pham Van Dong Street, which connects directly to Thang Long Bridge, enabling residents to easily move into the inner city via Lac Long Quan Street, or via Japanese Bridge. Tan to go to the suburbs. Ciputra’s “all-in-one” urban area is where the Sunshine City project is located, and the project naturally enjoys the full advantage of infrastructure and regional connectivity.